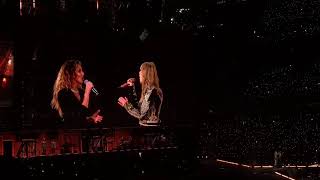 Sam Hunt is set to embark on his headlining tour, “15 in a 30”, on June 1st, 2017. The tour will kick off in Cleveland, Ohio’s Blossom Center, and continue throughout many parts of the United States and Canada. Along for the ride will be rising country stars Marren Morris, Chris Janson, and Ryan Follese. Not only is this fine country star embarking on a 30-city tour, but he also announced the release of his new single, “Body Like a Backroad”. This song will be released to cou

Seth Ennis, quickly rising country singer, recently released his debut single, “Woke Up in Nashville.” Honestly, what is not to love about this song? Upon first hearing it, I had ALL the feels. The premise of the song is a man who is pursuing his dream as a musician but loses the love of his life in the process. He comes to this realization and longs to have this woman back, and would give up his dream for her. Through his honest and heart tugging lyrics, Seth expresses that

The Life and Songs Of Kris Kristofferson Tonight at Bridgestone

Tonight we pay tribute to one of the most interesting men to ever crank his way through Country music, Kris Kristofferson. There aren’t a whole lot of people who can boast the accomplishments of this living legend; this guy has done it all, from boxing to film, military service to music, and so much more. Where else can you find an All-American athlete with a golden globe who can fly a helicopter? This Country hitmaker spent his early days boxing, playing rugby, and writing s

Sean Patrick McGraw is “that guy” in tomorrow’s episode of “Nashville.” His single, “I’m That Guy,” will be premiering Wednesday, Oct. 1 at 10/9 p.m. CST during ABC’s “Nashville.” It can be heard in the background during the scene featuring character Juliette Barnes, played by Hayden Panettiere, shopping. The single is off of McGraw’s forthcoming album “Hard Way to Make an Easy Living.” It’s been quickly climbing the charts since its release, fast becoming a favorite on the r

Duck Dynasty’s Uncle Si In Nashville To Talk About Album